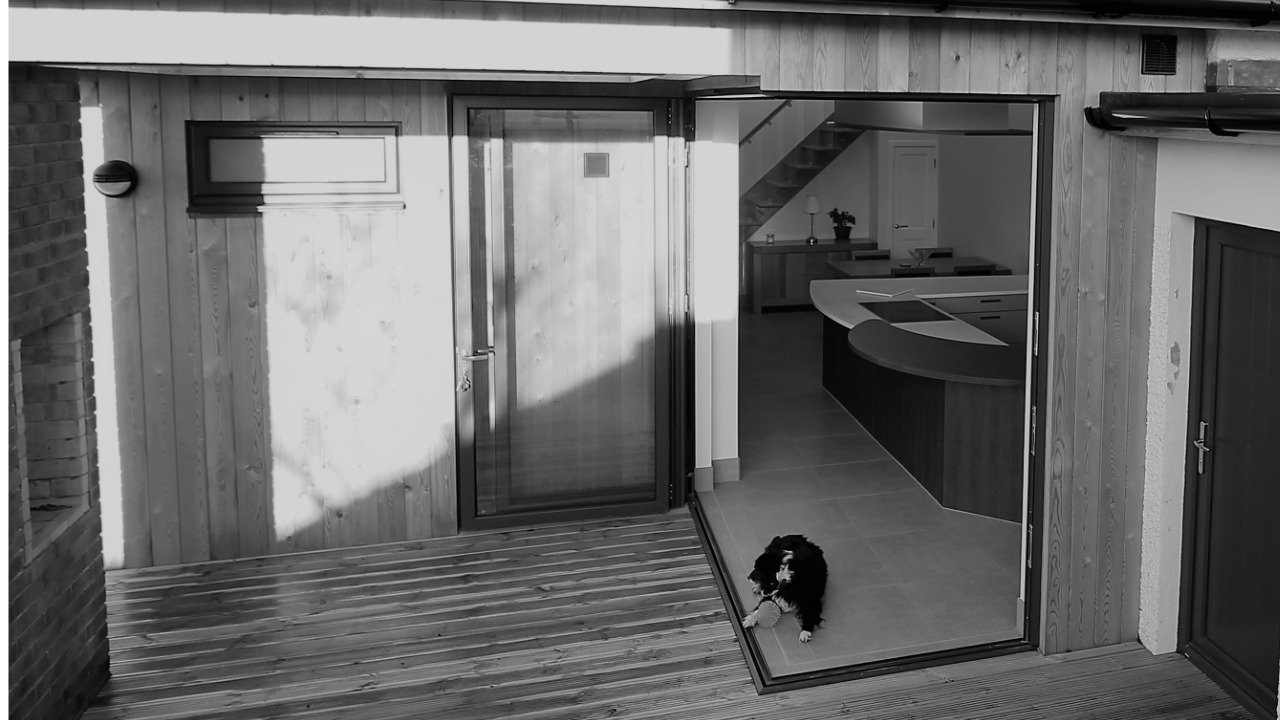 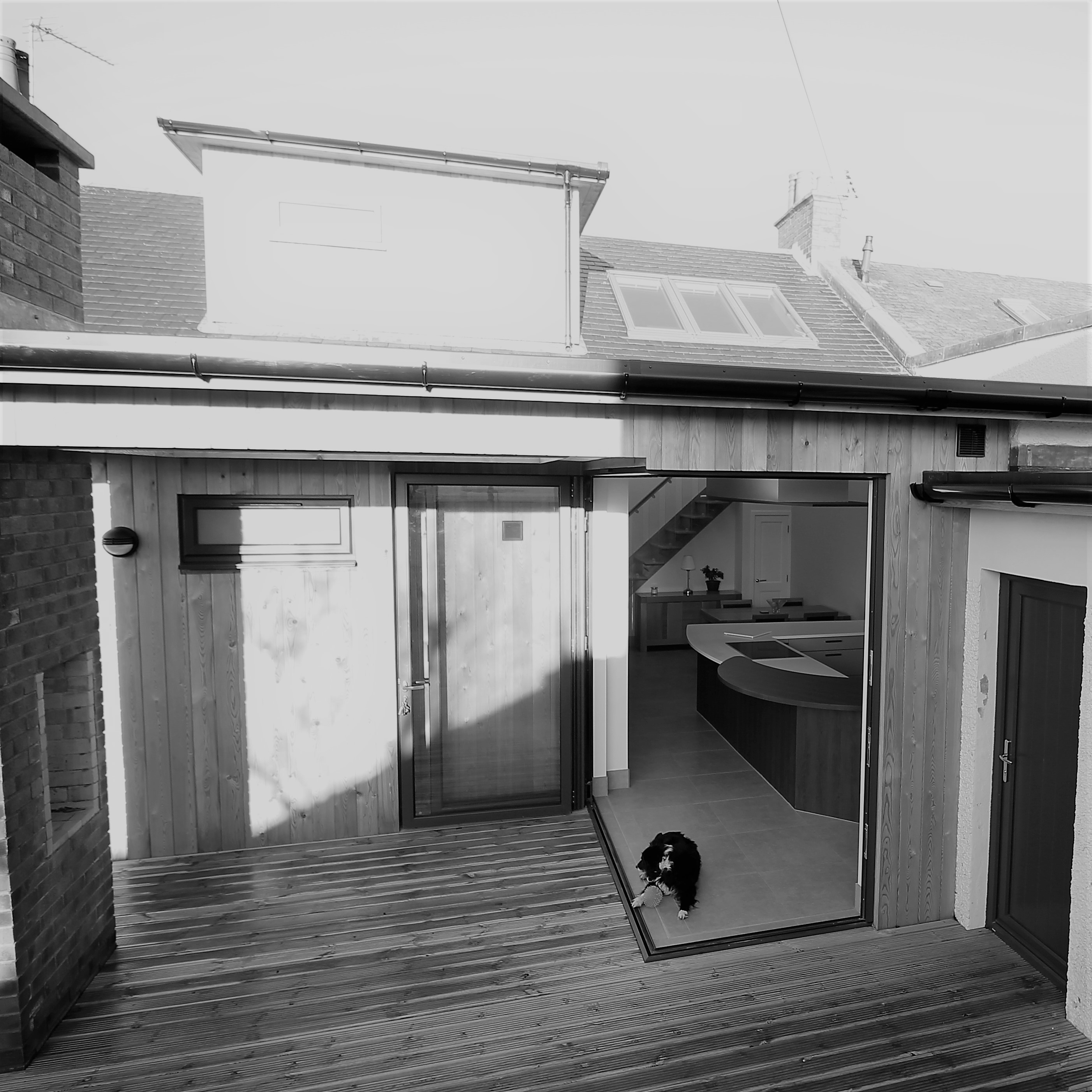 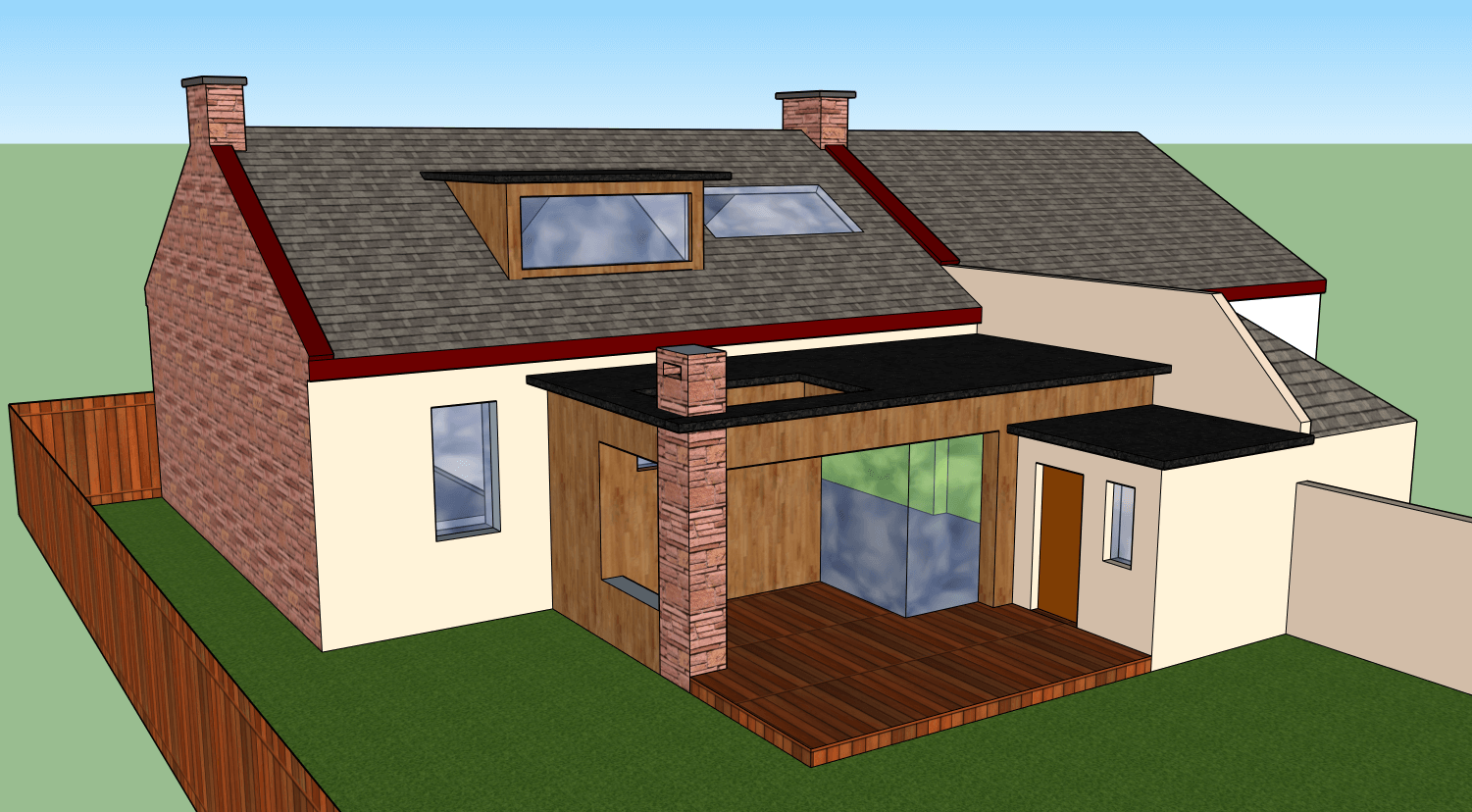 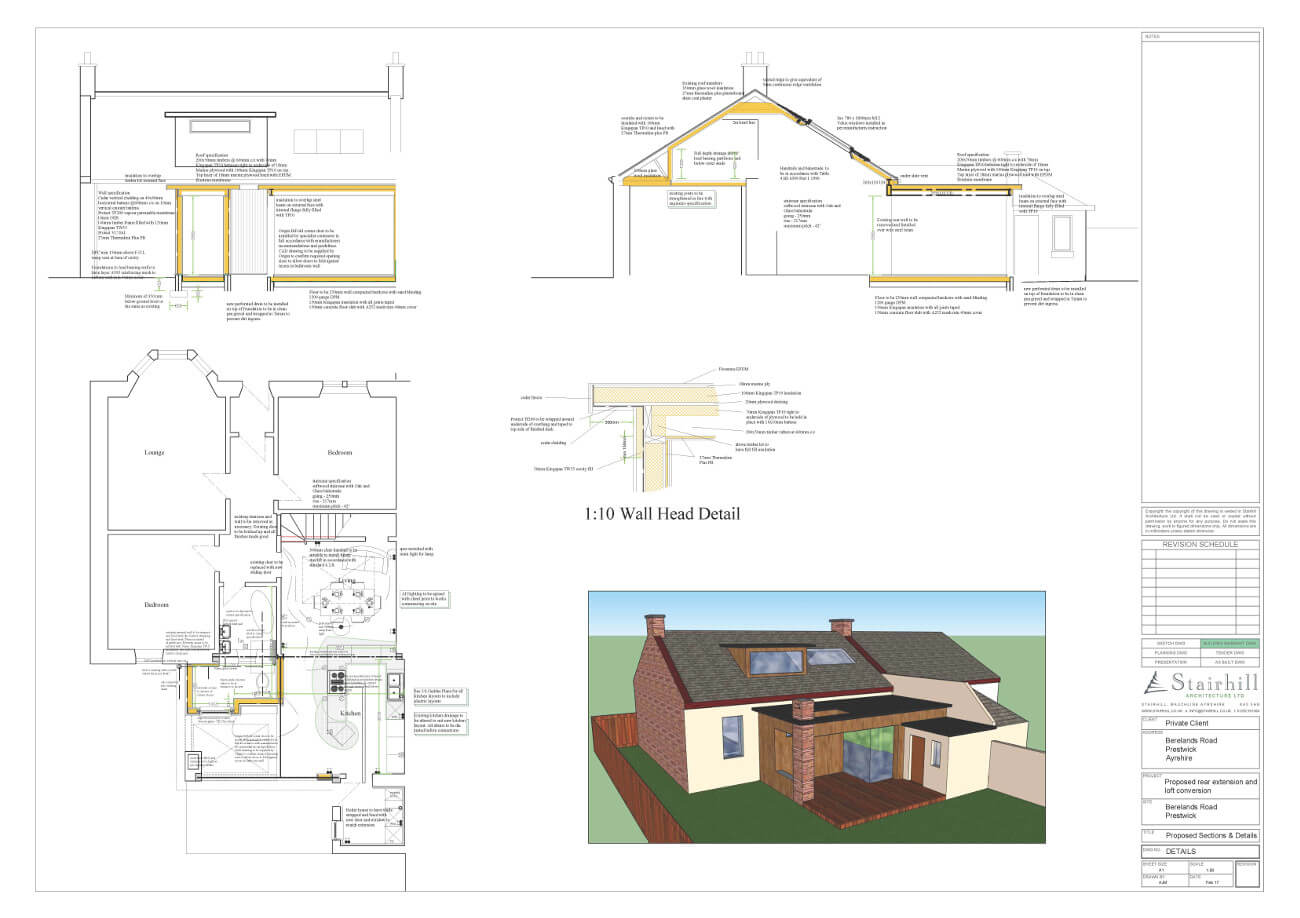 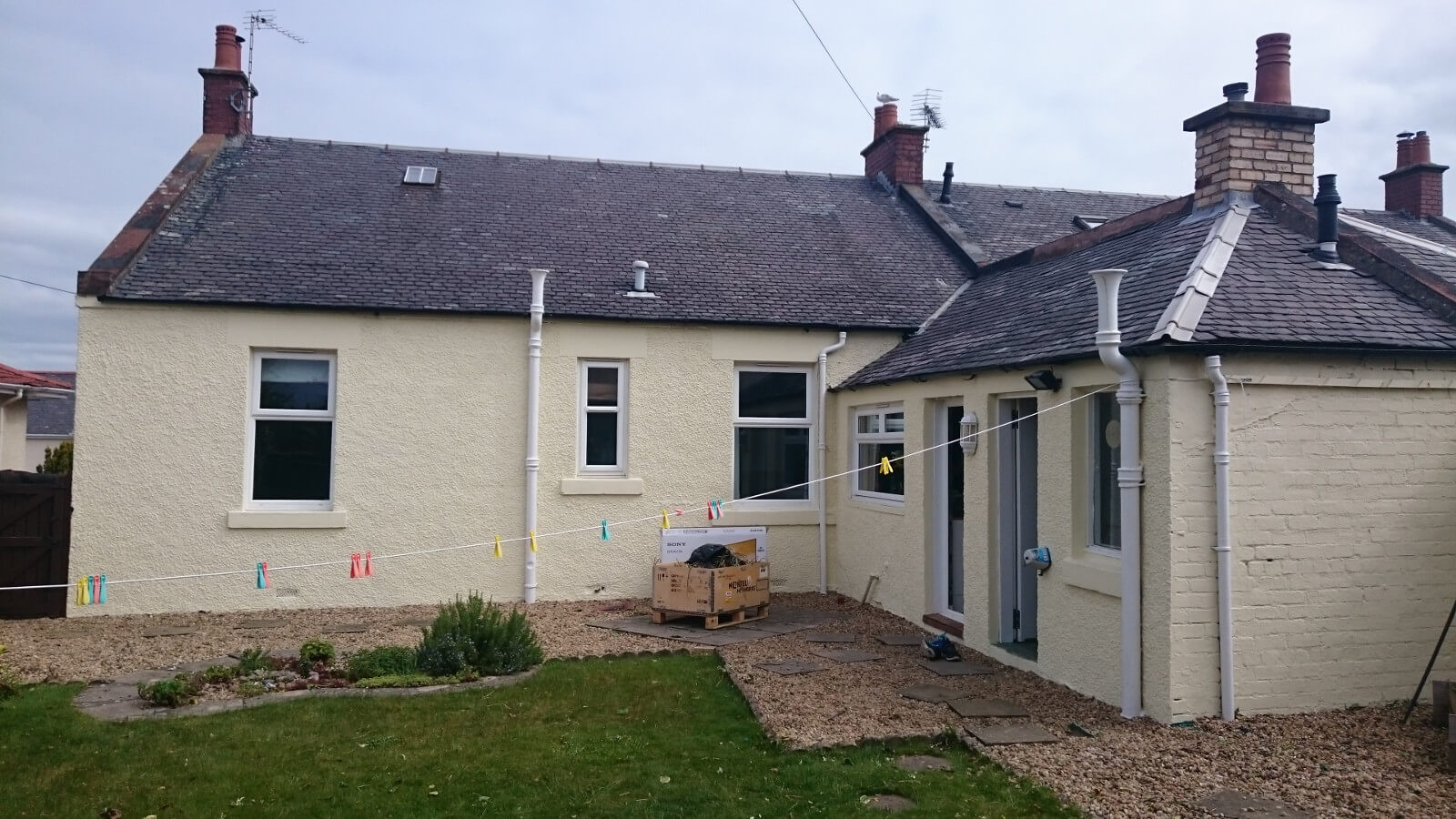 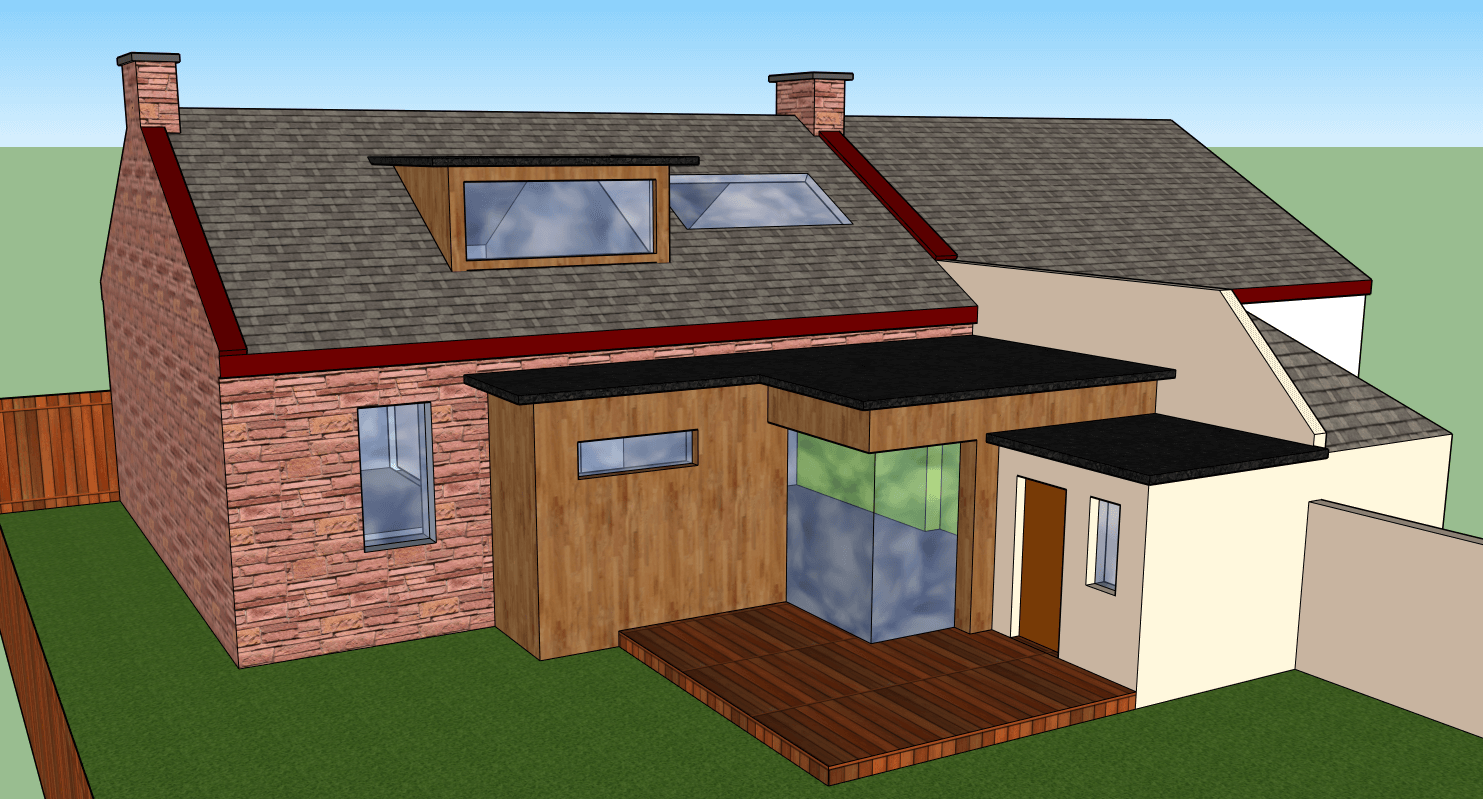 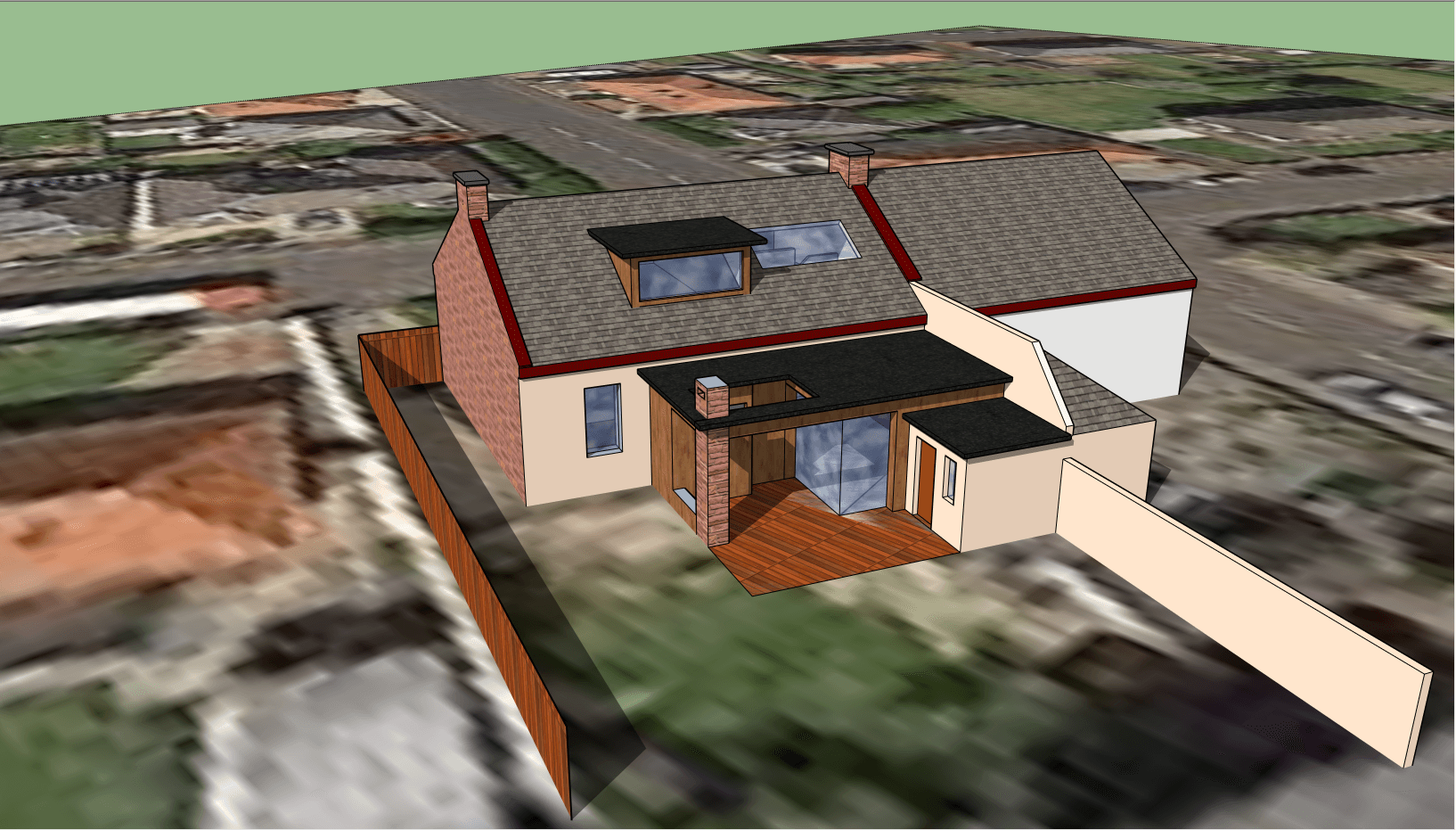 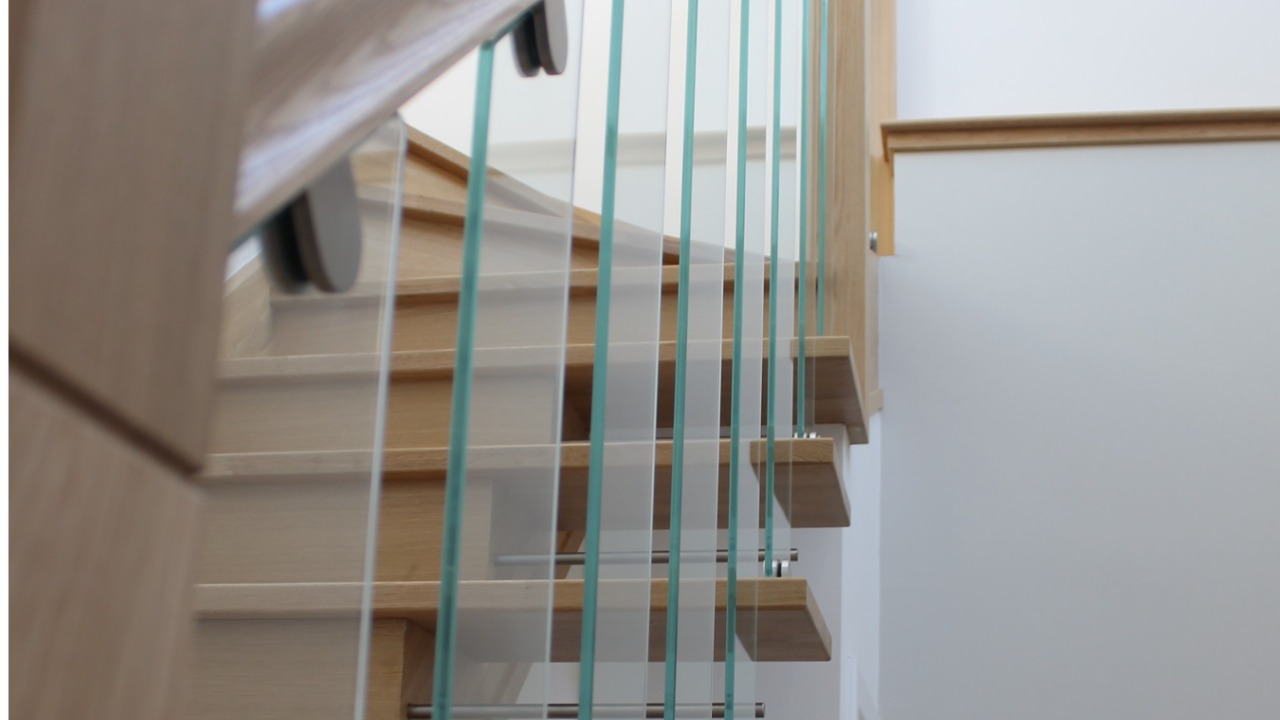 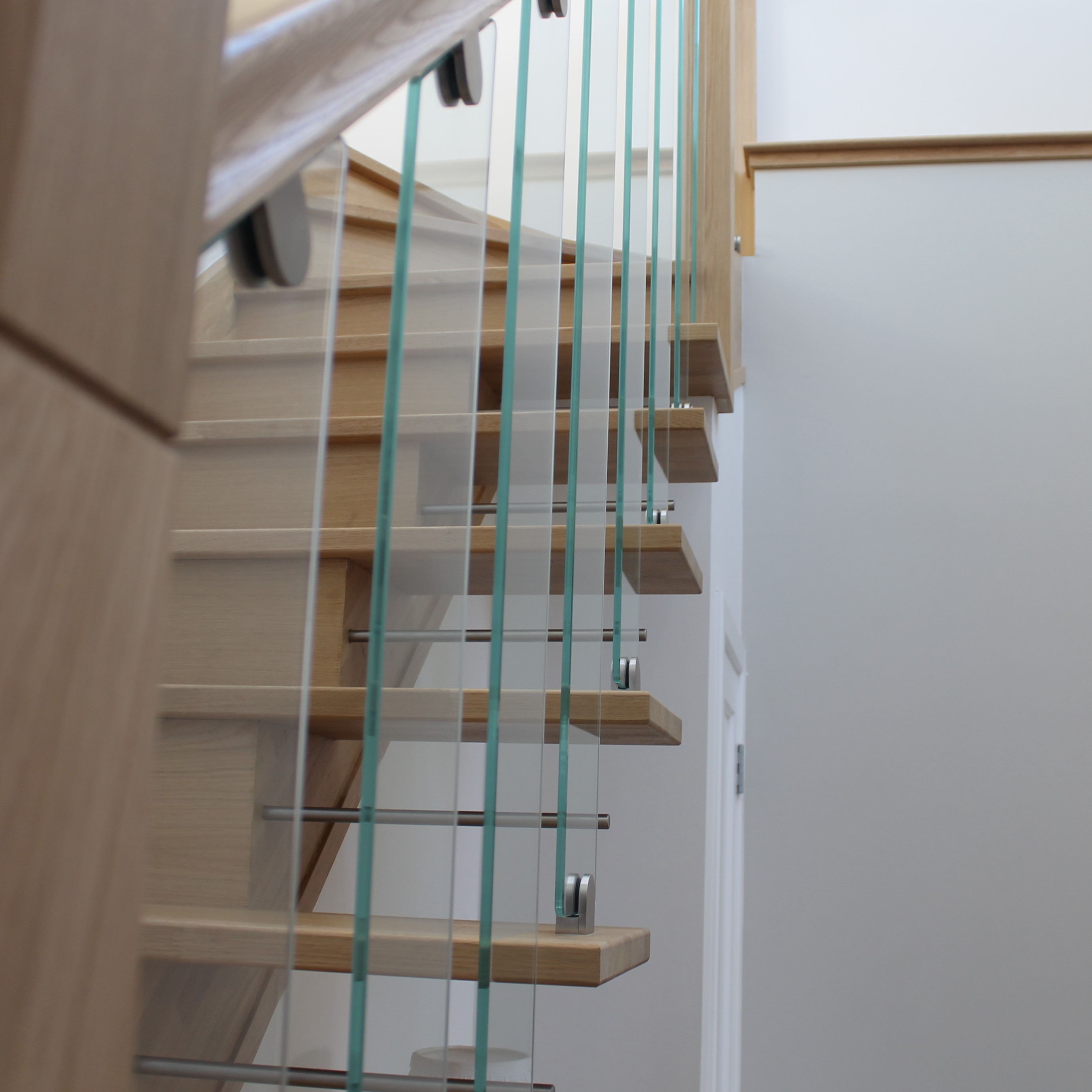 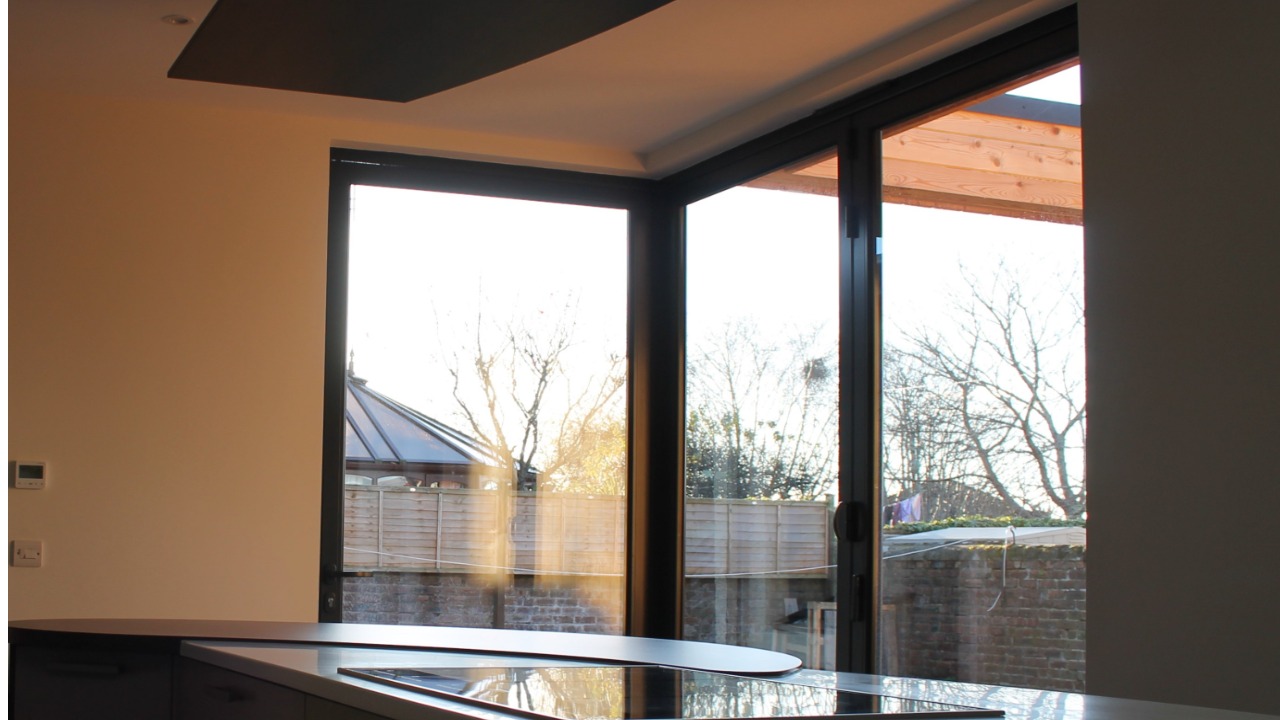 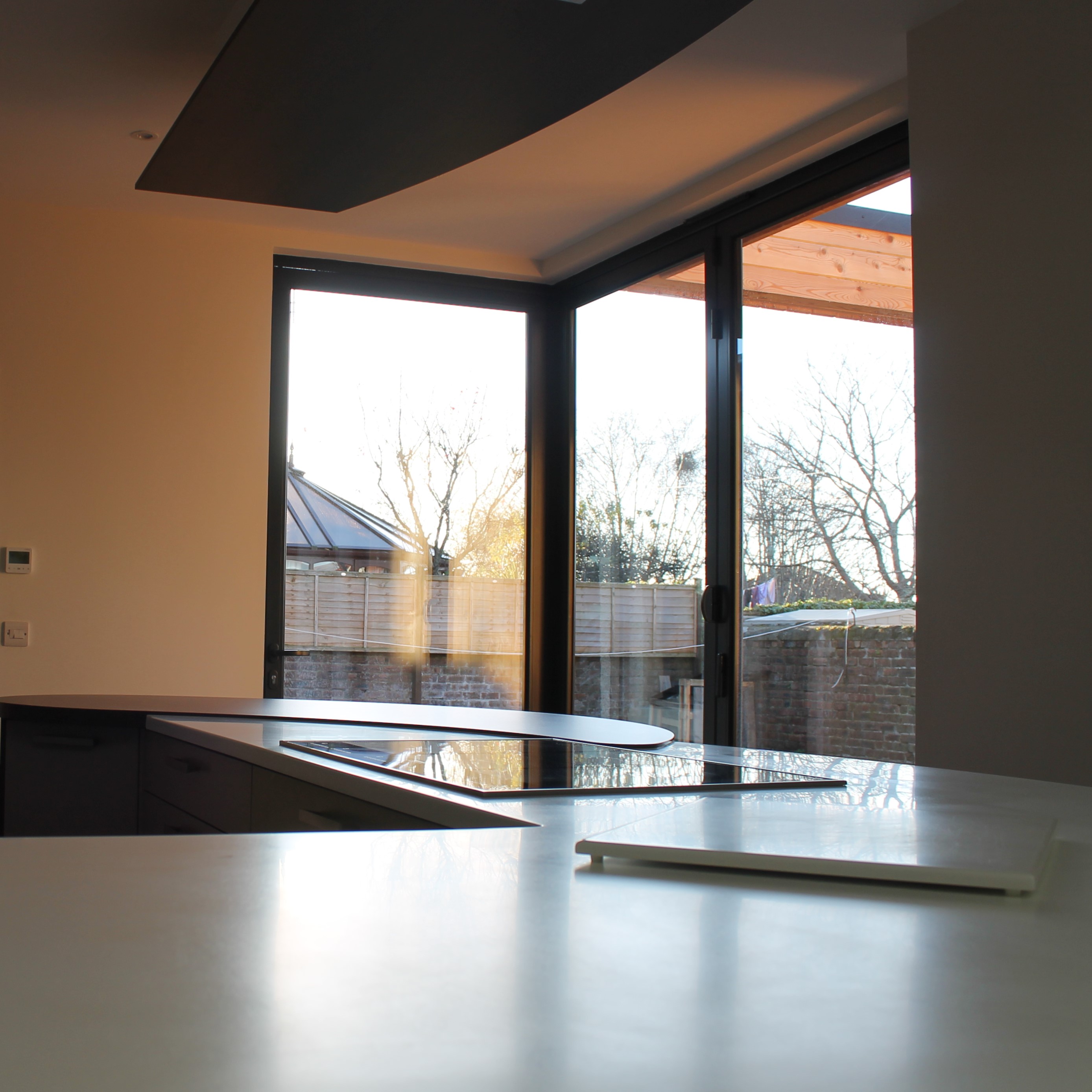 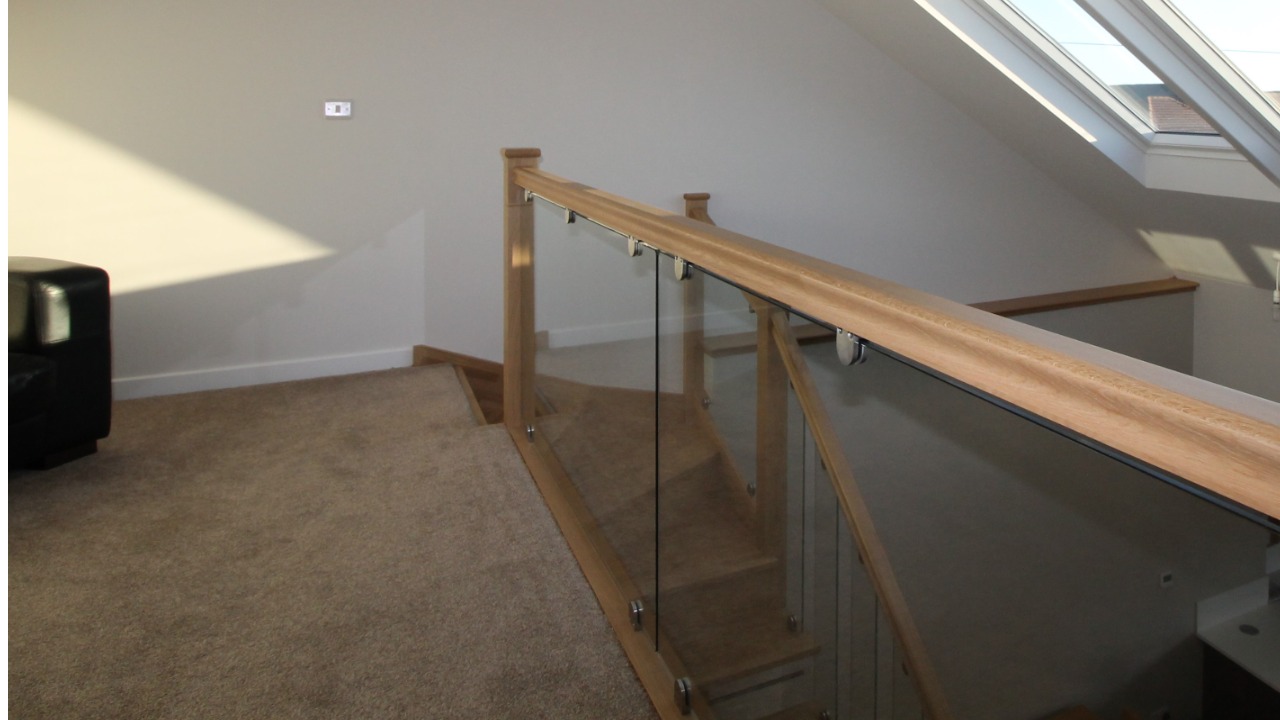 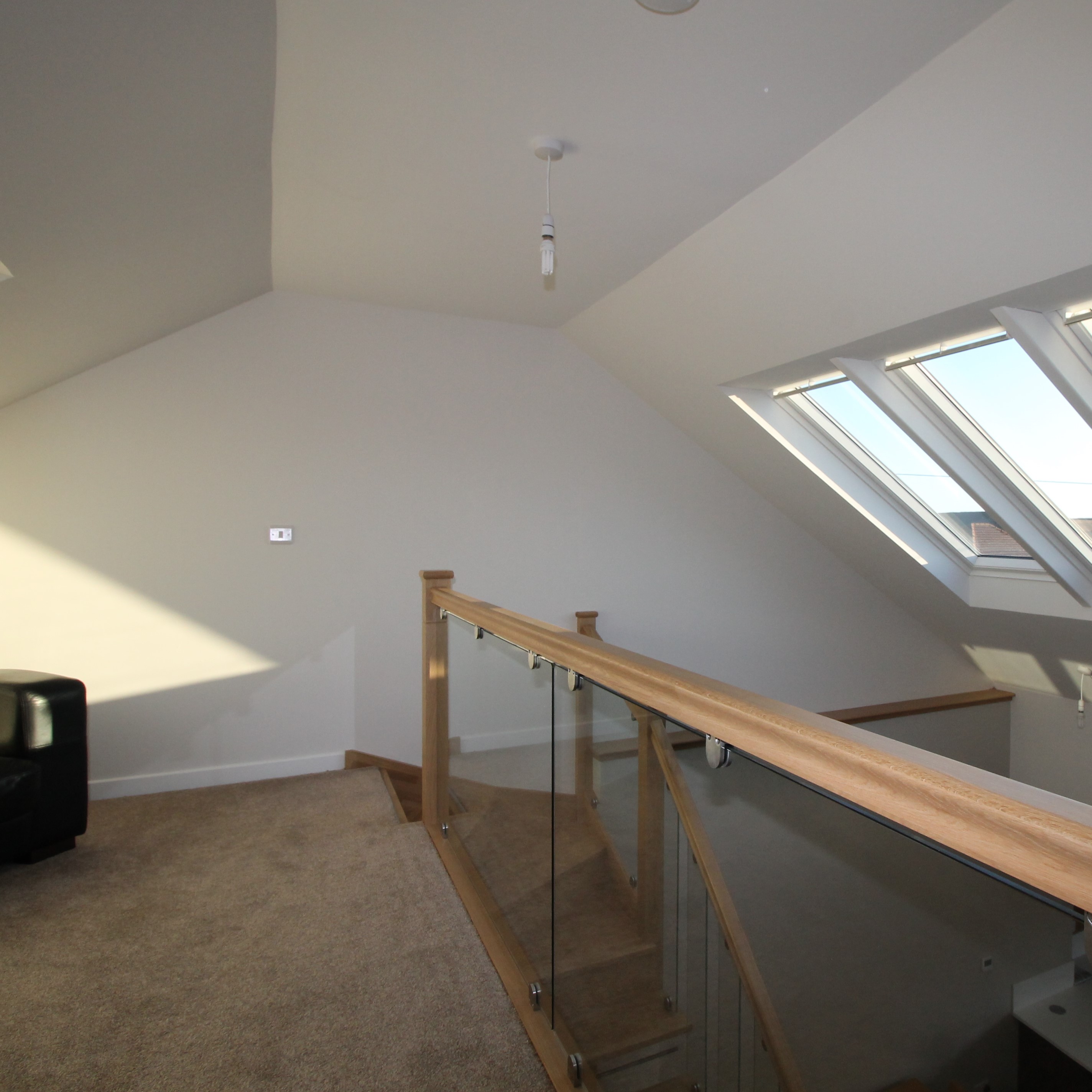 We were approached by the client looking to extend and modernise their small and dated kitchen to include a loft conversion. After the initial site meeting we prepared some basic sketches for an open plan kitchen dining area and large bifold door that wraps round the corner. The extension has been designed with cedar cladding to contrast with the existing sandstone house, we even managed to incorporate a built in chimney and BBQ to the outside decked seating area.

Internally the rooms have been opened up and ceiling heights maximised to create large bright and open spaces. The loft conversion incorporates a snug seating area at the top of the stairs flooded with light from the new roof glazing system. The bespoke built oak and glass staircase allows for the light to flow naturally throughout the extension.

The design was approved by the client and we obtained building warrant before completing the construction in 2017.

This website uses cookies to improve your experience while you navigate through the website. Out of these, the cookies that are categorized as necessary are stored on your browser as they are essential for the working of basic functionalities of the website. We also use third-party cookies that help us analyze and understand how you use this website. These cookies will be stored in your browser only with your consent. You also have the option to opt-out of these cookies. But opting out of some of these cookies may affect your browsing experience.
Necessary Always Enabled
Necessary cookies are absolutely essential for the website to function properly. This category only includes cookies that ensures basic functionalities and security features of the website. These cookies do not store any personal information.
Non-necessary
Any cookies that may not be particularly necessary for the website to function and is used specifically to collect user personal data via analytics, ads, other embedded contents are termed as non-necessary cookies. It is mandatory to procure user consent prior to running these cookies on your website.
SAVE & ACCEPT
Scroll To Top
CONTACT US
CONTACT US